SSUSH16 The student will identify key developments in the aftermath of WW II.

SSUSH19 The student will identify the origins, major developments, and the domestic impact of World War II, especially the growth of the federal government.

SSUSH21 The student will explain economic growth and its impact on the United States 1945-1970.

SSUSH24 The student will analyze the impact of social change movements and organizations of the 1960’s.

Pemberton place is a 22 acre site donated to Atlanta by The Coca‑Cola Company. 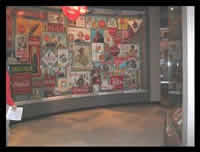 This Milestones of Refreshment gallery showcases how advertising reflects desired lifestyles at the time the advertisement was used. Slogans as well as the importance of automobiles are displayed. 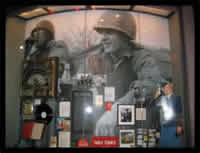 This Milestones of Refreshment gallery’s World War II case showcases Coca- Cola’s impact efforts to bring the product to soldiers in World War II, as well as the effects that the mobile bottling plants had on international bottling. 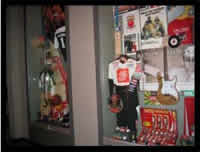 This Milestones of Refreshment gallery showcases both sports and entertainment figures who were important in Coca‑Cola advertising.

Bottleworks is a working bottling plant. It showcases how technology has been important to the bottling industry.

SSUSH19 The student will identify the origins, major developments, and the domestic impact of World War II, especially the growth of the federal government.

SSUSH21 The student will explain economic growth and its impact on the United States 1945-1970.

Use diary entries to evaluate the student’s understanding of women’s roles before WWII.

Ask students to research the roles of women during WWII using the following Websites:

Use the diary entry to assess the research done by the student, as well as their understanding of women’s roles during WWII.

Use the essay to assess the student’s understanding of how mobilization impacted soldiers and economic activity.

Remind students that they will be seeing displays at the World of Coca‑Cola that relate to the research they have done over the past few days. Advertisements often reflect the culture of the time. Ask students to take special notice of how women roles are depicted in Coca‑Cola advertisements over time. Tell students that they will also be seeing many “green” features at the World of Coca‑Cola. Remind them to take good notes about these green features, as they will need these notes in the post-activity.

Ask gifted students to research and report on how and who developed the Fanta beverage for The Coca‑Cola Company and its implications at the time.

SSUSH24 The student will analyze the impact of social change movements and organizations of the 1960’s.

Discuss with students “green” technologies seen at the World of Coca‑Cola, and also other technologies that are being undertaken on a national level and the implications of this undertaking. Discuss why a company like The Coca‑Cola Company would have put so much effort into making their building as “green” as possible.

Assess students’ ability to work in groups to create an acceptable product.

Ask gifted students to conduct research and write a report about how the EPA was founded, it’s job in protecting citizens, and evidence of its effectiveness. The report could be written, presented as a TV show, or as a poster.