Time: 2 class periods of 45 minutes each

The results of the test are usually very surprising, as well as alarming to students. The Coca-Cola Company realized years ago that their impact on the environment could be reduced if they made decisions to operate differently. During your trip to the World of Coca-Cola, ask students to take notes on the efforts made by The Coca‑Cola Company, as well as how these efforts have influenced their lives, or will influence their lives in the future.

Ask students to write a paper on their thoughts about the results of the online test. Will it change anything they do? If so, what will they do differently? If not, why not? Teachers may also use the graph along with mean, medium and mode information for assessment.

Note to Teachers: The Green Tour may be added to either the Social Studies or Language Arts links & lesson plans with ease. As students proceed through the tour, you may bring your students‘ attention to ways The Coca‑Cola Company has worked to make the World of Coca-Cola building as environmentally compatible as possible.

The Green World of Coca-Cola

Location – Pemberton Place, just outside the World of Coca-Cola

Connections As you look at the building from the outside, you will notice an area of plants and landscaping at the Baker Street entrance to Pemberton Place. Also note the colors used on the building and paving materials.

Impact This area demonstrates what The Coca‑Cola Company has done to address the cyclical Georgia drought issue as well as decrease the heat island effect that contributes to smog and ozone in Atlanta. 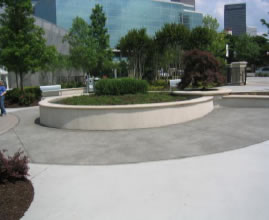 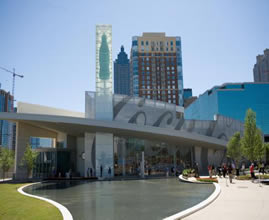 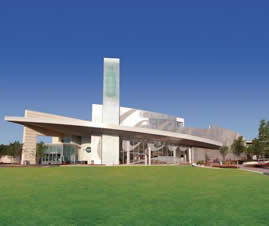 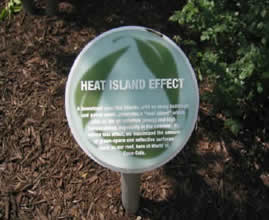 May be given orally or by pencil and paper after returning to class.

The World of Coca-Cola Green Quiz